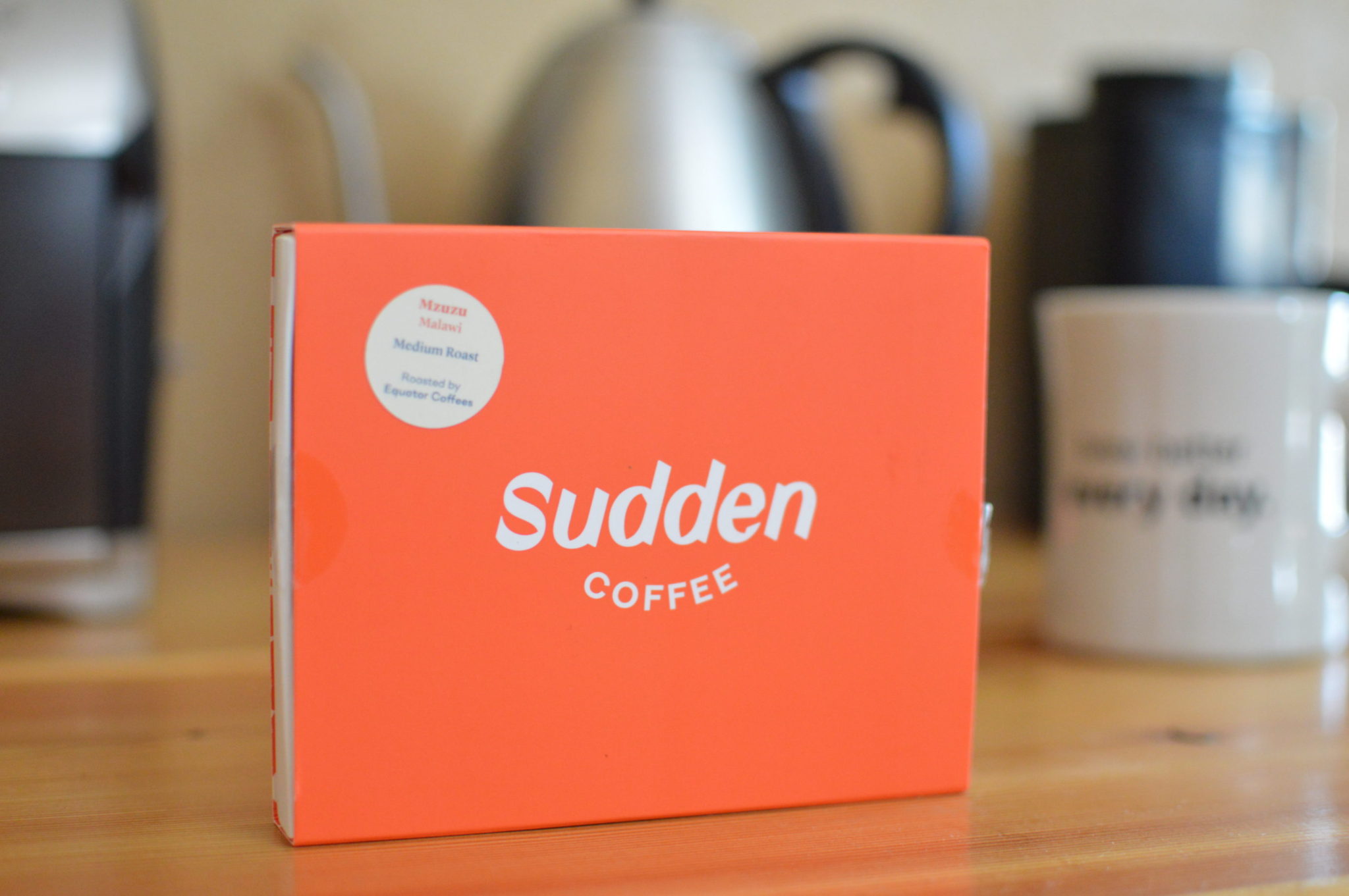 When Peet’s Coffee (JAB Holdings) dished out an estimated $100 million to acquire Intelligentsia Coffee & Tea back in 2015 after snatching up Stumptown as well, it was the proof of a trend we had anxiously anticipated – and feared: the mainstream-ification of specialty coffee. And we knew that, with these acquisitions, specialty brands would have the capital to generate rapid change. And it’s happened. The specialty industry has quickly transformed the overall coffee industry over the last few years, altering the way consumers purchase RTD coffee from travel stops, brew coffee at home, and now, consume instant coffee. Specialty instant coffee is still a more niche revolution of mainstream coffee products, but it’s gaining speed fast. Here are the three startups that are pioneering this space of high-end specialty coffee.

Founded back in 2015, Sudden Coffee was the first specialty instant coffee company to capture the imagination of the specialty market. Freese’s innovative approach to freeze-dried coffee (rather than spray drying, the approach that common in the commodity coffee realm) worked – at least, it worked better. Joshua Zloof (passionate food entrepreneur) and Kalle Freese (Finland’s former national barista champion) are the duo behind the brand, but Freese’s involvement has decreased – they say he can’t be tamed to a single project – while Zloof keeps up the growth. Skeptics and excited followers alike tested the product, and to their surprise, were impressed with the high-end flavor that could be attained from instant coffee crystals. While most would say it’s not quite the same as pour over coffee (like Sudden previously claimed), it’s certainly not all that far off.

“With whole beans, there’s realistically a two-week shelf life if you’re trying to get into grocery stores. And you don’t know if the customer is brewing it properly or drinking it as it was intended to be. With instant, we can take a coffee from Equator Coffee & Teas and introduce it to people across the world, and it’s preserved perfectly brewed as they would want it to be brewed in the café.”

Partner Coffee Roasters: Equator, Intelligentsia Today you can taste two Sudden Coffee coffees for as little as $1.75 per cup if you subscribe to the 24-pouch offering.

In 2016, Voilà entered the scene with a successful Kickstarter campaign, raising $27,000 in thirty days. Their approach to branding is a bit more savvy and charming than Sudden’s, sending their instant coffees in a small box with individual packets, rather than tubes. It’s clear they’re after the hearts and minds of specialty coffee enthusiasts and not your average coffee lover. Like Sudden, the secretive instant-ifying process involves freeze drying. The man behind the Voilà experience is Kent Sheridan, a man who moved from the coffee desert of Atlanta’s suburbia to the coffee haven of Bend, Oregon. There he discovered what specialty coffee was all about. He dreamed of simplifying the craft coffee experience – and I’d say he has.

“Throughout the industry as a whole,” says Sheridan of Voilà, “we’ve seen a big push for camp coffee and travel kits. So, I think there’s been a lot of industry awareness towards taking this really high-end craft product and making it more accessible.”

Partner Coffee Roasters: JuiceBox, Augies, Ruby Coffee, Supersonic, 1000 Faces, and more. Voilà takes a different approach by offering a larger variety of coffees from several roasters. And Kent impressively keeps prices low, despite the variety of partners, at $2.80 to $3.40 per cup (plus free shipping).

We’ve known about Swift Cup for a few years in the coffee world, but they’ve really just started to blossom in the last couple years as a contender in the space. Like Voilà , owner Nate Kaiser takes a multi-roaster approach and offers a variety of coffees from various brands. And, of course, there’s a proprietary freeze drying process that turns the coffee into the instant crystals.

“There has been this great divide between those who are interested in specialty coffee and those who are conventional coffee drinkers. I think instant coffee offers the ability to speak to a new consumer base in a way that has been unapproachable in the past.”

Partner Roasters: Parlor Coffee, Olympia Coffee, JOE, Tandem, Spyhouse, Neat, and more. Depending on the roaster and bean, prices range from $2.75 to $3.30 per cup. It’s an exciting time to be a coffee lover – and a coffee tech copywriter. Quotes taken from a great article in Fresh Cup Magazine.
What do you say we boost your conversions?
Email Me